GBL’s shareholding is characterized by a controlling shareholder, Pargesa SA, which holds 29.77% of the outstanding shares and 44.29% of the voting rights. Pargesa SA itself is held jointly by the Power Corporation of Canada (Canada) and Frère (Belgium) groups, providing GBL with a stable and solid shareholder base. Since 1990, the two groups have been bound by a shareholders’ agreement. This agreement, which was extended in December 2012, until 2029, includes an extension possibility going forward. 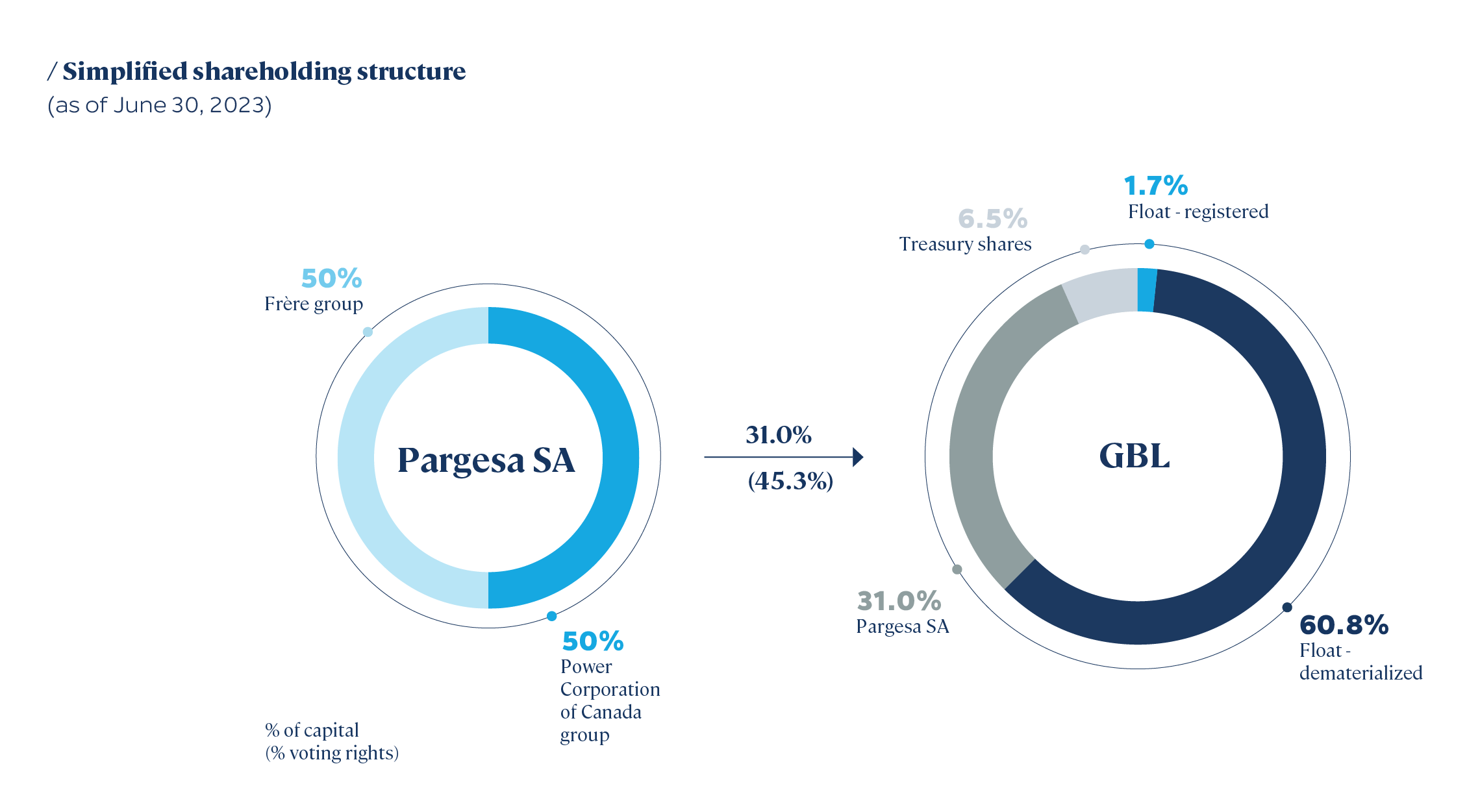